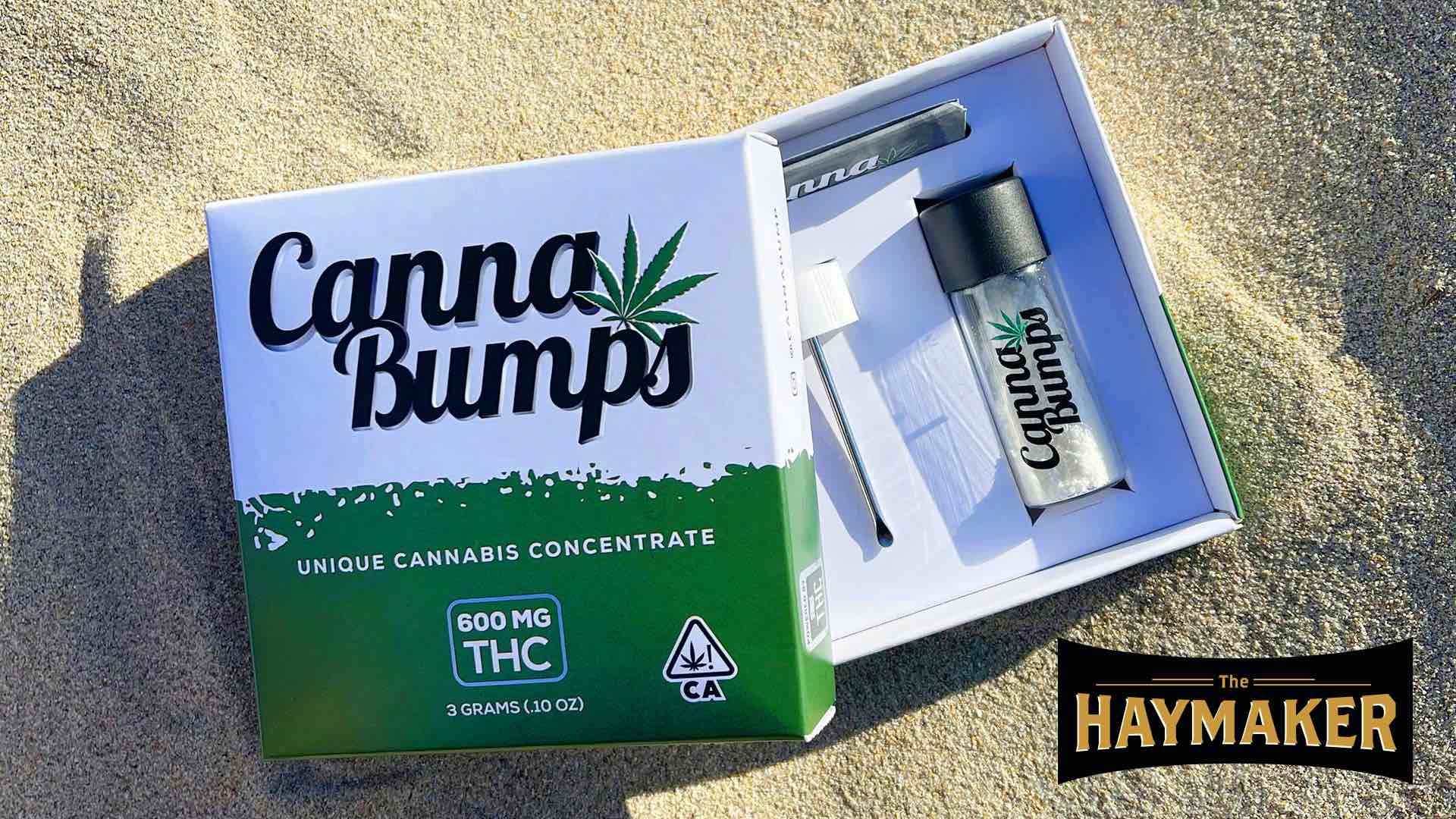 A new cannabis product made waves this past week, and not in a good way. Canna Bumps, a “snortable” powdered cannabis concentrate packaged to look like cocaine, caught the eye of a few industry leaders.

They tweeted their reactions—pretty much a chorus of So gross!—and by the weekend, Weed Twitter was piling on.

Subreddit r/weed picked up the powdery product and continued the conversation. The reaction was mixed. A few defended the product:

But most reactions went into the “So fucking dumb. Holy shit” bucket.

Is this legal? Manufacturer isn’t talking

Canna Bumps is made by THC Living, a licensed California edibles manufacturer whose product line was previously limited to THC-infused lemonade and pain-relief topicals.

It’s listed as a 600mg THC concentrate—but marketed as an edible.

But then the company, in its marketing materials, clearly pitched the product to consumers as an edible:

And that seems… straight up illegal.

Did they pull the product?

By the end of the weekend, the industry-wide backlash and/or the legal peril appeared to have an effect. The product could no longer be found on THC Living’s brand pages on either Leafly or Weedmaps.

By the end of the weekend, Canna Bumps could no longer be found on THC Living’s brand pages on either Leafly or Weedmaps.

That led some to speculate on Reddit that the whole thing was one big joke: “It’s fake… it doesn’t exist.”

Unfortunately, it appears the product does exist.

So it sounds like THC Living pulled the product on their own. Company officials declined to comment beyond their attorney’s written response, so we don’t know their side of the story. But clearly THC Living didn’t merely license its technology; Canna Bumps were marketed as the newest product in the THC Living consumer line.

Leafly and Weedmaps: Platforms, not endorsers

Full disclosure: I work for Leafly, obviously, and my own company requires cannabis brands to agree to Leafly’s terms and conditions, which prohibit product listings that are illegal, threatening, harmful, racist, sexist, or patently offensive. (The full terms are listed here.) Our staff removes any such listings they come across.

Leafly staff does not screen out products that some may find dumb, creepy, or in poor taste. In other words: We will protect consumers from harmful products, but we can’t protect a cannabis brand from its own dumb decisions. We leave that up to consumers.

Leafly officials first became aware of the product late last week, but the product was taken down by THC Living before Leafly could make a determination of its legal status.

How this harms patients and consumers

Good for THC Living for ending the short and ill-fated life of cannabis-based cocaine. I guess the company gets credit for doing that much.

But products like Canna Bumps don’t merely offend the good taste of consumers and colleagues in the cannabis industry. They do real harm. They help keep cannabis illegal for hundreds of millions of Americans, thereby propping up the prison state, aiding in the arrest of 450,000 Americans every year, and ruining the lives and lifelong prospect of untold numbers of adults. They hurt medical marijuana patients and cannabis consumers across the nation.

Here’s how that plays out.

Those of us in legal medical and adult-use states know licensed products must comply with strict limitations on THC potency.

But lawmakers and community leaders in prohibition states don’t know this. Most of them know less than zero about the legal and regulated cannabis industry. Their only information often comes from reefer madness presentations given by fear-mongering groups like SAM, and Mel and Betty Sembler’s Drug Free America Foundation.

I’ve seen a couple of these sessions firsthand. They usually take place at law enforcement seminars, policy conferences, or local civic group lunch-n-learns. They’re often titled “The truth about marijuana legalization” or some such. They’re packed with bullshit statistics and debunked studies.

And at some point the speaker invariably flashes slides of products like Canna Bumps or “Stoney Patch Kids” to illustrate what legal cannabis stores are selling. It’s their money shot. In that moment, you can all but hear votes throughout the room flipping against legalization.

Are these products legal? Usually not. Most of them existed during California’s 1996-2018 unregulated medical marijuana era. Edibles that could be seen as the least bit kid-friendly are now strictly prohibited in legal states. But stupid products like these live on forever in the prohibitionists’ propaganda deck. And they are powerful. They keep marijuana illegal for adults in 32 states. They ensure that 450,000 Americans will be arrested for cannabis possession again this year.

Clearly, Canna Bumps isn’t meant to appeal to children. Aside from the potency question, the product may well be legal under California state law. The people most harmed by this epic fail will likely be the millions of medical marijuana patients in the 13 states where their medicine remains illegal.

If you’re a Leafly reader, you probably know patients whose lives are significantly improved by legal access to medical cannabis. Lawmakers and leaders in full prohibition states like Texas and Indiana don’t. Many of them suspect that medical marijuana is just a way for stoner bros to skirt the law.

Congratulations, THC Living. Canna Bumps have confirmed their suspicions. Those votes are lost. Patients in prohibition states will spend another year buying medicine on the street and living in fear of arrest.

When ‘gross’ products cause actual harm

Many cannabis leaders who took part in this week’s public shaming of THC Living and Canna Bumps expressed their outrage in terms of a shared industry standard.

Alice Moon, an LA-based cannabis marketing consultant, said it clearly: “This is gross and not what I want to see in the cannabis industry!”

In any other industry, the harm of a product like this would be limited to an offense against good taste. But cannabis isn’t any other industry. The harm here goes far deeper. Tens of millions of Americans have had their freedom revoked and their lives ruined by nonsense criminalization and the War on Drugs. Those harms are reinforced by the stigma surrounding cannabis, and the stereotypes that still cling to healthy, happy, everyday consumers.

Leafly Senior Editor Bruce Barcott oversees news, investigations, and feature projects. He is a Guggenheim Fellow and author of Weed the People: The Future of Legal Marijuana in America.

By submitting this form, you will be subscribed to news and promotional emails from Leafly and you agree to Leafly’s Terms of Service and Privacy Policy. You can unsubscribe from Leafly email messages anytime.